Home › Politics › CONSERVATISM: Meaning of a Political And Social Philosophy by Adeyemi Oshunrinade

CONSERVATISM: Meaning of a Political And Social Philosophy by Adeyemi Oshunrinade 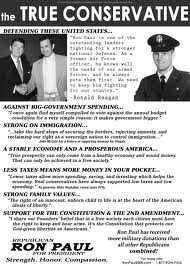 Conservatism is taken from the Latin word “conservare”, meaning to “preserve.” It is both a political and social philosophy meant to promote and preserve the continuation of traditional institutions while at the same time support minimal and gradual change in the society. The aim of conservatives is to preserve the status quo that is, “let things be the way they are.”

Conservatism as opposed to Liberalism is a philosophy that supports lower taxes, limited government regulation of businesses and investment, a strong national defense, and individual financial responsibility concerning issues such as income, health care coverage, and personal wealth. Conservatives are against the idea of a welfare state, the notion of big government, the regulation of banks, and wealth distribution the idea of taking from the rich to support the poor.

Most of the qualities of conservatism are obvious in today’s politics especially in the United States, where it is creating a political conflict and class warfare between Republicans who are strong supporters of Right Wing policies and Democrats who advocate for the liberal philosophy. Before modern- day conservatism, the English Conservatism called Toryism emerged during the Restoration (1660-1688). It had a strong support for royalism and the idea of absolute monarchy and the rule by divine right.

The Glorious revolution of 1688, created constitutional government leading to the reformation of Toryism which now considered sovereignty vested in the three estates of crowns, Lords, and commons. In the 19th Century, the conflict between wealthy businessmen and the aristocracy split the British Conservative Movement; the aristocrats want a return of the medieval ideas while the business classes want capitalism and the idea of free enterprise.

Conservatism in the United States can be traced back to after the Second World War when Russell Kirk and other notable writers linked American conservative philosophy to the ideas of Edmund Burke, a private Secretary to the Marquis of Rockingham. His views were a hybrid of liberal and conservative ideas. Burke was a strong supporter of the American Revolution but considered the French Revolution morally unacceptable.

Burke accepted the liberal ideas of private ownership of the means of production and the economics of Adam Smith but was of the view that economics should be secondary to conservative social ethic. The idea that capitalism should be subordinate to the medieval social tradition and that the business class should be subordinate to aristocracy. Today, there are those who do not consider American Conservatism as genuine; because of the way it incorporates liberal policies.

Liberal Conservatism in the United States is a merger of both economic individualism of classical liberal with Edmund Burke’s form of conservatism to which American Conservative traditions is linked. The European style liberal conservatism on the other hand combines modern conservative views with socialism by incorporating the idea of free market economics and beliefs in individual responsibility, as well as social liberal views with emphasis on the protection of civil rights, environmentalism and the support for a limited welfare state.

Libertarian Conservatism is another kind of conservative policy which combines the idea of economic freedom with aspects of conservatism. It has five branches namely; constitutionalism, paleo-libertarianism, neo-libertarianism, small government conservatism and Christian libertarianism. Libertarian Conservatism, support the notion of free trade and free market economy; the policies of strict laissez-faire with opposition to a national bank, business regulations, welfare state, subsidies and any form of economic intervention by the government. In this category may be Presidential candidate Ron Paul, an advocate of Constitutionalism and limited role of government.

Fiscal Conservatism is another conservative policy concerned with government spending and debt. It advocates for prudence in the economic affairs of government by promoting policies that monitor government spending through cut backs and reduction in the amount of debt the state can have. The recent debt ceiling war in Congress and the controversy over the size of the U.S. government mounted by the Republicans in both Houses is an example of how fiscal conservatism can be implemented to limit government spending. All current Republican candidates have incorporated fiscal policies into their campaigns; they want the Democratic government to cut back and lower American debt.

Religious conservatism deals with the application of religious doctrines to politics. Religious conservatives proclaim the value of a religious teaching and sometimes use those teachings as a lobbying tool to influence a change in the law. While Republicans favor the separation of church and state, they still try to attract votes from the Evangelicals by claiming religious values play important roles in their political lives. An example is the 2012 political debate in Florida where the candidates are asked questions about their faith and religion.

Conservatism is both a political and economic philosophy that is commonly used in modern-day politics. However, its use is often confused because it is hard to find a conservative idea that stands on its own without the incorporation of socialism or libertarian policies and liberal philosophy. The current political atmosphere surrounding the Republican campaigns, will bear witness to the fact that no single candidate, wants to be seen as the extreme conservative without any sense of social issues and economic demands of the populace. The decision to implement the extreme conservative policies may be a reason why the Tea Party Movement is losing political support.

Dr. Adeyemi Oshunrinade is an expert in general law, foreign relations, and the United Nation; He is the author of ‘Murder of Diplomacy’ (2010) and ‘Wills Law and Contests’ (2011) follow on Twitter @san0670 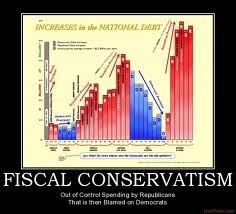 Like Loading...
‹ SUZE ORMAN: Helping America Overcome Financial Woes by Adeyemi Oshunrinade
CRIME OF PASSION: MURDER YOU CAN GET AWAY WITH ›