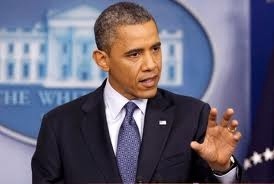 President Obama exercised his Executive Power recently when he bypassed Congress to partially implement the so-called DREAM ACT (Development, Relief, and Education for Alien Minors) an extraordinary move offering opportunity for about 800,000 illegal immigrants to stay in the U.S. and work. The move when implemented means affected immigrants no longer have to fear deportation to their country of origin as initially anticipated.

The executive order will apply to illegal immigrants mostly youths who were brought to the United States by their parents before they were age 16 and are younger than 30. Besides the required age, to be eligible, they must also be enrolled in school, have graduated from High School or received a GED certificate. They must have lived in the U.S. continuously for at least five years and must not have been convicted of a felony, a serious misdemeanor, multiple misdemeanor offenses or pose a threat to U.S. national security.

The DREAM ACT fully implemented would have offered a path to citizenship to affected illegal immigrants, but the initiative was blocked by Republicans in Congress who believe such a move would create amnesty and encourage illegal migration of people desperate to break American laws to get into the country. Since the partial implementation was announced by the President, Republicans in the House have criticized the administration for initiating the move in an election year to gain political favors and votes.

The President was quick to respond that his move is designed to help youths who were brought to the U.S. illegally due to no faults of their own; they are young people who study in American schools, who were raised in America and are Americans in many ways except they lack the legal papers as proof. According to his plan, those eligible will be able to apply for a work permit that is renewable every two years and with no limits on how many times it can be renewed.

The policy put forward by the President in his Executive order is similar to one proposed by Florida GOP Senator Marco Rubio, as an alternative to the DREAM ACT. However, despite the similarity, Republicans in Congress are still opposed to the President’s move claiming such a move should have come through legislation in Congress, where it should be debated.

The question is how long it takes to pass a law meant to document illegal immigrants, who were brought to the country as children and without any say in the decision of their parents to smuggle them into the country? So far, every attempt by the President to get the DREAM ACT passed has been met with opposition by Republicans in the Senate despite the fact that the policy was approved by the House of Representatives. Therefore, should the President continue to delay his policies by allowing the GOP to inject partisan politics into every Bill in the House thereby, delaying laws that would benefit America through proper documentation of affected immigrants?

GOP Presidential candidate Mitt Romney had said during his campaign that he does not favor offering legal status to illegal immigrants, who attend college but said he would offer legal status to those who served in the armed forces. If properly understood, what Romney is proposing is that if two children for example, Jose and Mario are illegally brought into the country and both graduated from College; if Jose decides to join the Military and Mario did not therefore, Jose should be allowed to stay in the country while Mario is deported. Such a move if implemented violates the Equal Protection Clause under the Fourteenth Amendment to the U.S. Constitution, it is not what the U.S. as a democracy stands for and would have generated outrage among immigrant’ families.

Under the administration’s plans, affected immigrants must meet certain criteria to be eligible; they must be law abiding and they must not be a threat to U.S. national security including other requirements as earlier indicated so, should those who meet these requirements be punished for the crime of their parents? No doubt the President did the right thing by bypassing Congress on this issue and those who think the move will score the President huge favor among Hispanics may be wrong. While the President has support from majority of Hispanic voters, Latino support for the President has been affected by the slow economic recovery, unemployment, his inability to win congressional support for a broad overhaul of immigration laws and his administration’s aggressive removal and deportation policies.

Romney and other Republicans in Congress want a tighter border before considering any change to immigration law. However, the question is what happens to those already in the country? Had President Obama not taken the current step, the issue would have dragged on and on in Congress with no possibility of reaching a desired end; and a Romney in the White House would have stalled the initiatives forever. While U.S. immigration law must be enforced in a sensible and productive manner, they must not be blindly enforced without proper attention to individual circumstances of each case. U.S. immigration law must not be used as a removal tool of productive people to places where they lack identity and recognition, where they do not call home or even speak the language.

This is a great opportunity for DREAMERS, the ball is in their court and it is time for them to hit it. While the President’s offer is not a full implementation of the DREAM ACT, it is in a way a part to citizenship if properly utilized. DREAMERS can now work and renew their permit every two years with no limits on the number of times it can be renewed; they are free to move within the country and pursue their aspirations without fear of deportation. All a DREAMER must do is to be a law abiding and productive citizen however; a DREAMER is left with the option to marry within the U.S. if there is a desire to stay.