DOWNING OF MALAYSIAN FLIGHT 17 IS A RUSSIAN ROULETTE 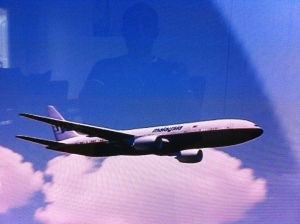 The victims of Malaysia Flight-17 were innocent people minding their businesses before losing their lives untimely. Among them were researchers, students, vacationers and children, who had no part in a conflict that led to their demise. They’re incapable of speaking for themselves and their families are left to deal with the shock of losing their loved ones in a conflict thousands of miles away from home and no one has the courage to take responsibility for the most aggressive act against humanity.

Russia is denying its participation, the opposition in Ukraine is unwilling to accept responsibility and the Malaysian government wants the world to see it as the innocent victim, after the second air catastrophe involving the nation’s airline barely months apart. The question, which takes the blame and responsibility for killing 289 people? As all the parties involved continue to point accusing finger at one another, the world must find a voice for the victims and make sure the perpetrators pay an appropriate price for the senseless act.

The blame for downing Flight-17 is two-fold. While Malaysia and its aviation industry, is not criminally or directly liable for shooting down Flight-17 over Ukrainian airspace, the nation and its transportation industry could be civilly liable, for playing a “Russian Roulette,” with the lives of the passengers of Flight-17. Russian Roulette is a lethal game of chance in which a “player” places a single round in a revolver, spins the cylinder, places the muzzle against their head, and pulls the trigger. While the “player” escapes unscathed, the “roulette” remains a form of risk-taking.

Not long after the conflict in Ukraine began, the United States banned American flights from travelling over Ukrainian airspace, for what it determined as unsafe route. Many of the world’s best-known airlines including British Airways, Qantas and Cathay Pacific avoided Ukrainian airspace for months before the downing of MH-17 but Malaysia airline, ignored the risk despite possibility that a passenger flight could be shot down in the conflict between Ukraine and the opposition. By failing to take reasonable care irrespective of the fact that fewer other airlines took same route, Malaysia is civilly liable for assumption of risk it could have avoided.

On the other hand, while investigation is still ongoing, it is unreasonable to think anyone else is responsible for shooting down the plane other than the opposition in Ukraine. If any party is both criminally and civilly culpable, it is no other than the opposition and the Russian government that supplied the missile that brought down the flight. Investigations immediately after the incident revealed the weapons used as Russian made, and considering how advanced the missiles equipment involved, it is impossible for the Ukrainian opposition to gain access to such weapon without Russia’ help.

Holding any party criminally liable is a difficult task. It is unlikely anyone will go to jail for killing 289 innocent people, due to the nature of the conflict and influence of Russia in the region. The opposition is not properly organized and it is unclear which faction actually did the shooting. However, going after the assets of those involved, as restitution to victims is not impossible though, too little a price to pay. Russia may see new sanctions imposed as punishment and opposition leaders will likely face the music with their assets if such is traced.