Home › Current Affair › EBOLA AND THE SOCIAL CONSTRUCTION OF FEAR

EBOLA AND THE SOCIAL CONSTRUCTION OF FEAR 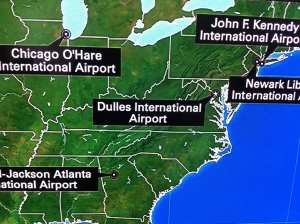 No one is hardest hit by the impact of Ebola than the families who lost loved ones to the deadly virus. One of such people is Decontee Kofa of the Kofa Foundation. Her husband, Patrick Oliver Sawyer, was the first American to die from Ebola, leaving behind Decontee and her three daughters who now know too well the impact of losing a loved one to the deadly disease.

Another is the family of Thomas Eric Duncan, the Liberian who lost his battle with the Ebola virus few days after arriving in Dallas to be with his partner Louise Troh and the son he had not seen for more than a decade. Besides the devastation to Duncan’s family caused by his death, his family and all who had contact with him are quarantined and must deal with the fear they might get Ebola.

Since the outbreak, more than 4,000 people have lost their lives, while the Center for Disease Control (CDC) and the healthcare industries are looking for ways to contain the killer virus. Amid the commotions, there is a social construction of fear. Those not affected by Ebola worry the disease is spreading and it won’t be long before it reaches them. The misconception that Ebola can only be stopped by isolating the affected countries, has driven some to call for restrictions on flights from the hardest hit countries: Liberia, Sierra Leone and Guinea.

A poll recently conducted by Harvard School of Public Health indicated that nearly 40 percent of Americans worry about an Ebola outbreak here, and more than a quarter feared that they or their family member would catch the disease. Since the recent outbreak, some have showed up in emergency rooms fearing the cold and high temperature they had could be Ebola. A local sheriff in Dallas who had contact with Duncan’s family was hospitalized for fear he contracted Ebola until tests revealed he did not have the virus.

Despite information from public health experts and the CDC that Ebola can only be contracted through contact with bodily fluid of an infected person and not as easily transmitted as many other diseases, the narrative of fear continues to spread, putting the entire Dallas area at alert and in fear of contact with Africans especially Liberians, some of whom have never even been to Africa.

The fear of isolating the affected areas and the economic impact of taking such measures, became a concern to the IMF this week when the head of the financial institution Christine Lagarde, pleaded with people to remember that all of Africa has not been hit with the Ebola epidemic, which remains confined to three African nations.

The impact on commerce is becoming apparent in the affected countries, where the effect is beginning to show on tourism and international trade, a sort of economic embargo on the region, which if not corrected with drastic measures would stall major sectors of the economy and bring with it a more dangerous epidemic than the one the world is trying to stop.

Ebola is an epidemic like other diseases that knows no border. Its impact is now being felt not only in Africa but also in the U.S. and Spain, where it has killed two people since beginning of the outbreak. The disease can be controlled but doing so cannot be achieved through a campaign of isolation, fear and unwarranted discriminatory measures against the affected countries. The social construction of fear must end to allow the public health system enough room to stop the spread of Ebola.

Like Loading...
‹ WHAT IS WRONGFUL BIRTH? MOM SUES SPERM BANK FOR HAVING A MIXED RACE BABY
LEWINSKY: PATRIARCHAL WORLD OF MEN SEXUALIZES AND OBJECTIFIES WOMEN ›