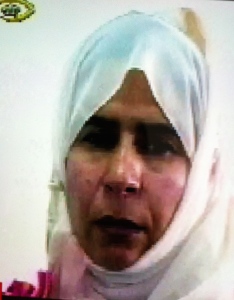 Jihadi John is at it again and as promised, the terrorist organization ISIS went ahead with the beheading of Haruna Yukawa, one of the two Japanese hostages it abducted and held captive. Last week, ISIS demanded $200 million ransom for the hostages’ release, threatening it would go ahead with their beheading once the deadline to secure their release expires.

In a new video published on January 24, 2015 an image and audio only monologue of the second hostage Kenji Goto, appears with Goto holding a picture of executed fellow hostage Haruna Yukawa. Goto seems to beg for his life and in a message targeted to the Japanese people, his wife and government of Prime Minister Shinzo Abe, he said:

“Abe, you killed Haruna. You did not take the threats of my captors seriously and you did not act within the 72 hours. Rinko my wife, I love you and I miss my two daughters, please don’t let Abe do the same to my case. Don’t give up. You along with our friends and my colleagues in the independent press must continue to pressure our government…”

In what many believed to be a coerced statement from ISIS, Goto communicated a new demand from the terror group: “Their demand is easier, they’re being fair. They no longer want money, so you don’t need to worry about funding terrorists. They’re just demanding the release of their imprisoned sister Sajida al-Rishawi. It is simple, you give them Sajida and I’ll be released. At the moment, it actually looks possible and our governments are indeed a stone thrown away. How? Our government representatives are ironically in Jordan, where their sister Sajida is held prisoner by the Jordanian regime…”

Sajida Rishawi is the widow of a jihadist, arrested and sentenced to death in 2005 by the Jordanian authority for attempting to carry out a suicide attack in Jordan. The fact that ISIS is now demanding her release seems like another propaganda tool by the terror group to appeal to women and convince other wives of Jihadists that their protection is guaranteed if they support their spouses and join the jihad against the West.

It is an attempt by the group designed to appeal to the likes of Hayat Boumeddiene, wife of Amedy Coulibaly the lone terrorist that killed four at a Jewish supermarket in Paris. This latest expression of compassion for women by the terror group, is a dynamic move, showing the evolution of Jihadist’ movements from one known to relegate women to one now ready to embrace women and give them same roles as men in a jihad against the West.

How the Japanese government will respond to the new demand is unknown but so far, Japanese Chief Cabinet Secretary Yoshida Suga said his government was aware of the latest video and confirmed that it appeared Goto was holding the photo of a beheaded Yukawa.

Japanese Prime Minister Shinzo Abe, sounded defiant in response to latest video and demand by ISIS: “It was outrageous, unforgivable violence,” he said, while demanding that the terror group release Goto immediately.