NEW HAMPSHIRE PRIMARY: THE CAMPAIGN PROCESS AND HISTORY OF A POLITICAL TRADITION

Based on past caucuses, it is common to see one or two candidate drop out of the race whenever there appears a sign from the results it is unnecessary to continue. In the 2016 race, Martin O’Malley dropped out after Iowa in honor of that tradition and soon after, another candidate Mike Huckabee, ended his campaign.

New Hampshire began to achieve its current importance in the political arena and the Presidential selection process, in 1952 after the State simplified its ballot access laws to boost voter turnout in 1949. Since 1952 it has become the testing ground for both the Republican and the Democratic candidates.

In recent years, candidates who perform better than expected in Iowa have seen the New Hampshire primary as a step forward and hope for a turnaround in the nomination process. In the January 2012 Iowa caucus, Mitt Romney the Republican frontrunner beat Rick Santorum another candidate by 8 votes. The slight difference in the turnout energized the Santorum side to intensify his campaign in New Hampshire.

In the 2016 Iowa caucus, Hillary Clinton took victory with a slight edge over Bernie Sanders. The outcome, encouraged the Bernie side to increase his campaign in New Hampshire, while Republican Marco Rubio also, gained more energy to campaign aggressively in New Hampshire after coming third in Iowa, with much expected winner Donald Trump in second place with a narrow lead over Rubio.

One great advantage of the New Hampshire primary is that candidates that are less known are thrown to the limelight and given media attention. Due to such opportunity, it is not impossible to see a candidate who wins in Iowa, loose in New Hampshire if suddenly a less competitive candidate becomes a serious contender based on a strong showing in Iowa. 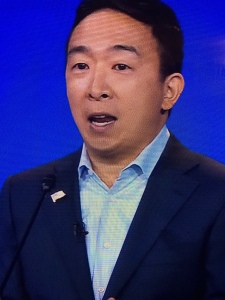 Some Presidential candidates have seen their hope for reelection ended as a result of a poor showing in the New Hampshire primary. For example, President Lyndon Johnson, who as a write-in candidate, won over Eugene McCarthy, in 1968 by just 49-42 percent of the votes. He won fewer candidates than McCarthy in the New Hampshire primary, which forced him to withdraw from the race ending his reelection.

One importance of the New Hampshire primary is that unlike a caucus, the process measures the number of votes each candidate get directly, not through precinct delegates as we have in the Iowa caucuses. Through the popular vote, lesser viable candidates are able to show their appeal and competitiveness to the electorate at large. Also, the New Hampshire primary allows voters that are undeclared on their party of choice the opportunity to vote in a party’s primary. The voter must officially join a party to vote. However, he/she can change the party affiliation back to undeclared after voting.

Voters who already have party affiliation are not allowed to change their party at the polling place. They are only allowed to do so before the checklist is closed weeks before the election. New voters may register at the election site, while all voting is done via paper ballots.

One of the critiques of the New Hampshire primary as the first in the nation comes from Democrats who think the state is not ethnically diverse and therefore, not representative of the nation’s electorates. Census data taken in 2000 show the ratio of minority residents to be six times smaller than the national average, with 96% non-Hispanic White versus 75% nationally. New Hampshire has a large number of registered independents with about 37% registered as such, making it to be considered a swing state.

Media attention on the 2012 primary that took place in New Hampshire saw some candidates benefiting from the frenzy. Rick Santorum who came second in Iowa, raised a million dollars immediately after the election that saw him losing to Mitt Romney by just 8 votes. So far, it is fair to say Since the unexpected outcome in Iowa, New Hampshire is open to any candidate though, many believe Bernie Sanders and Joe Biden will outperform.

Since 1952 the New Hampshire primary has been one of the major testing grounds for candidates from both parties. It is a path to the party’s nomination even though, a win in New Hampshire, does not seal a nomination. But as a non-closed primary, the state serves as a unique example in the American political process.

Like Loading...
‹ IOWA CAUCUSES: THE PROCESS AND MEANING IN U.S. POLITICS
SCOTUS MINUS ONE: SCALIA’ DEPARTURE WILL CAUSE A CONFIRMATION WAR ›