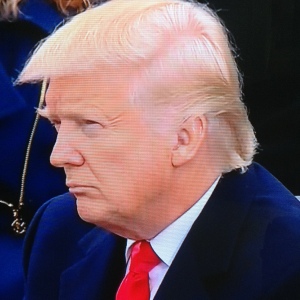 In another blow to the Trump administration, the 9th Circuit Court blocked the President’s travel ban initiated through an executive order by the President over a week ago. The controversial order, which created chaos at the nation’s airport and became a target for protests worldwide, could be moving towards its last days unless the ruling is taken to the Supreme Court.

The executive order blocks citizens of Iraq, Iran, Yemen, Libya, Sudan, Syria and Somalia from entering the United States for 90 days, it prevents entry by all refugees for 120 days and indefinitely stops refugees from Syria. Opponents of the order have called it a “Muslim ban,” since the seven countries affected are majority Muslim nations.

Lawsuits were filed across the country challenging the ban as unconstitutional because it violates Due Process of the law, Equal Protection and deemed as discriminatory for favoring one religion over another contrary to First Amendment dictates.

In an earlier ruling by Judge James Robart of the Federal District Court, the travel ban was halted, prompting the Justice Department to file an appeal to the 9th Circuit in an attempt to reinstate the government ban.

In today’s ruling, the U.S. Court of Appeals for the 9th Circuit agreed unanimously that the judicial branch has an important duty in safeguarding people’s rights, contrary to the Justice Department’ argument that the government would be “irreparably harmed” by reviewing the President’s ban.

“To the contrary, while counseling deference to the national security determination of the political branches, the Supreme Court has made clear that the government’s authority and expertise in such matters do not automatically trump the court’s own obligation to secure the protection that the constitution grants to individuals, even in the times of war,” the court said.

The decision today by the 9th Circuit means citizens of the seven Muslim countries can travel to the U.S. contrary to Trump’s order. The court recognized the compelling interest of the public in the free flow of travel, in avoiding separation of families and in the freedom from discrimination based on religion.

Reacting to the court’s order, President Trump sent out a tweet expressing his disagreement with the judges’ decision: “See you in court, the security of our nation is at stake!” he tweeted. Based on the tweet, the President signals his intention to file an appeal to the U.S. Supreme Court.

With the absence of Justice Scalia, the highest court now has eight justices with four leaning liberal and four conservatives. This means that If  the court splits 4-4 on the travel ban, today’s decision by the lower Circuit Court prevails. Such outcome means Trump’s travel ban would remain blocked.