The Evangelicals, Jesus and Donald Trump 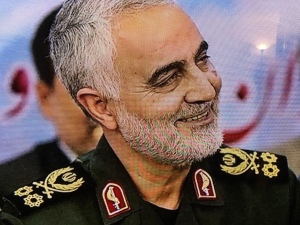 What do the evangelicals think? 3,500 more U.S. troops now headed to the Middle East, this is the next action by a President who promised to end all wars and bring American soldiers home. A President who once said President Obama would take America to war with Iran because in his words “Obama does not know how to negotiate.”

No doubt, the killing of General Qasem Suleimani, head of the Iranian Republican Guard would create a tense situation and escalate the conflict with Iran. After ordering an attack without authorization by Congress, the President is meeting with evangelicals to seek approval or probably improve his already cracking support.

In all these, the evangelicals remain willfully blind to violations of all religious norms by a President who has been described as “morally lost and confused.” The church looked the other way to the string of mischaracterizations, lies, and slanders, while demonstrating endless support for a leader who endorse caging children and disdain for immigrants.

Evangelicals have always pointed to the GOP stance on abortion, gay marriage, defense of religious liberty and Supreme Court nominees as reasons that justify supporting Trump, while ignoring the President’ abuse of power, his moral deficiencies and damage to the institution of the Presidency.

Jesus did not preach hate for ones neighbor. The message according to the bible is “love your neighbor as yourself.” It is unclear how evangelicals can balance their beliefs with the grossly immoral character of the American leader. How is it possible that the church is brushing off Trump’s immoral words and behavior in contradiction to the faith and teachings of Jesus?

It is fair to say the evangelical church has become hypocritical by abandoning the teachings of Christ and their faith in exchange for political expediency. In 1998 when President Clinton was facing impeachment, Christianity Today partly wrote:

“Unsavory dealings and immoral acts by the President and those close to him have rendered this administration morally unable to lead.”

The question is why are some evangelicals not applying the same moral standard to the occupant of the White House today? Is it the teaching of Jesus to hate a fellow citizen based on sexual orientation? Or where did Jesus preach condemnation of a woman for making a choice about her body, if based on medical judgment doing so would save her life?

It is time to call a spade a spade. Evangelical Christians are ignoring the true faith and now supporting gross immorality and ethical incompetence. White evangelicals have become overtly conservative on immigration, while their attitudes to immigrants don’t seem to have much basis in religious scriptures and the teachings of Jesus.

In Mathew 25:40 Jesus warns his followers that those who withhold care for the poor and refugees are seen as having done the same to him:

“And the king will say, I tell you the truth, when you did it to one of the least of these my brothers and sisters, you were doing it to me.”

In defiance, the church has ignored these teachings. According to John Fea, a Messiah College Professor and historian, White evangelical pastors and their parishioners are increasingly willing to take their teachings and “marching orders” from an administration inspired by its embrace of nativism.

The nation may be getting close to another war in the Middle East after the assassination of Suleimani. The U.S. is in a state of alert, though, unclear when and how Iran would respond. On the other hand, evangelical Christians continue to “pray,” while at the same time emboldening the President to engage in unnecessary war.

Tags: assassination of Qasem Suleimani, Evangelical support for Trump, Killing of Suleimani, Trump and the evangelicals, war with Iran, why evangelicals support Trump, will Iran retaliate?