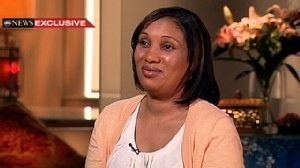 The prosecutor handling the Strauss Kahn saga recently announced a shift in the case, based on the credibility of his accuser which led to his temporary release from jail and his bail money returned pending further investigation. Whether Strauss Kahn is innocent or not was based on the facts and evidence in the case.

While the court and the justice system may have applied the accuser’s credibility in deciding the case, such use of credibility must have been linked to the evidences and facts of the case.

Attacking he accuser’s credibility based on her immigration application and statements made in her filings, which are not closely linked to the evidences of the case would have shown a miscarriage of justice.

However, information such as her statement that she was once gang-raped and the discovery she lied under oath, was crucial credibility issues if put into consideration in deciding her case, as these are closely related to the charges against the IMF chief.

Nonetheless, issues related to her tax return may have been deemed not proper or applicable as evidence.

A key evidence that probably damaged the accuser was her false statement to the grand jury and her admission she cleaned a nearby room and then returned to Strauss Kahn’s suite to start cleaning before reporting the incident. This allowed the defense to claim she attempted to clean up evidence in the process.

Meanwhile, a civil law suit is not ruled out in this case; the fact that DSK escaped criminal prosecution does not mean he would prevail in a civil suit.

I welcome all comments on this issue.