WHY CHINA WON’T HELP THE U.S. WITH NORTH KOREA 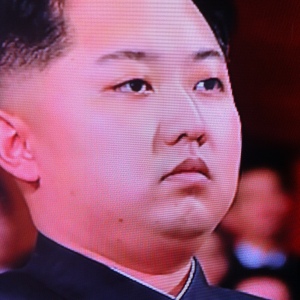 Kim Jong Un has tested more missiles than his father and grandfather combined. Despite global pressure, the North Korean leader is unwilling to budge. Last week in a defiance of the Trump administration, the regime tested a new Intercontinental Ballistic Missile (ICBM), it claims could reach as far as the nation’s capital, New York, Los Angeles and Boston. The move was in response to new sets of unilateral sanctions imposed on the regime by the U.S. Congress.

Just this week, the US military detected highly unusual levels of North Korean submarine activities and evidence of an ejection test days after the regime’s second ICBM launch in July. The officials noted a North Korean Sang-O submarine in the Yellow Sea, while two Romeo submarines were also detected in the waters off Japan.

With such increase in military activities since he came to power, President Trump may have realized the truth in what former President Obama told him that his biggest threat would be North Korea. When asked by reporters about North Korea, all President Trump could offer was that his administration would be able to handle North Korea, without saying how exactly he intends to do so, making one to wonder if his administration has any plan or strategy on how to deal with the rogue State.

After realizing that his dinner with Xi Jinping could not secure the help he needs with North Korea, President Trump was quick to blame China in a string of tweets faulting Beijing for failing to play a key role in pressuring Pyongyang to end its nuclear program.

“I am very disappointed in China. Our foolish past leaders have allowed them to make hundreds of billions of dollars a year in trade, yet… they do NOTHING for us with North Korea, just talk. We will no longer allow this to continue. China could easily solve this problem!” said the President.

By venting his anger on Twitter, President Trump maybe misinformed on why the Chinese government is not quick to act. China is North Korea’s most important ally and trading partner. Trade between both countries is about $2 billion annually and to think Beijing will go all out to hurt its economy to help the US seems like wishful thinking.

Recently asked about Trump’s tweets at a news conference, Chinese Vice Commerce Minister Qian Keming said there was no link between North Korea and China-U.S. trade.

“We think the North Korea nuclear issue and China-U.S. trade are issues that are in two completely different domains. They aren’t related. They should not be discussed together,” Qian said.

While it is no doubt that China is one country in the world that has the leverage to turn North Korea away from furthering its nuclear program, there is a limit to how far Beijing would go to hurt Pyongyang, which it sees as a necessary buffer between its border and U.S. ally South Korea, where nearly 30,000 American troops are stationed.

China is unwilling to help the U.S. maintain dominance in Asia that would threaten Beijing’s hegemony in the region. The only way to curb U.S. power through its alliance with Japan and South Korea is a strong North Korea capable of acting as a threat to U.S. influence on South Korea and Japan.

The Chinese government views the annual U.S. military exercises with South Korea and Japan as an attack on its territorial integrity and would rather limit sanctions on North Korea its only ally and possible deterrence to what it considers a military challenge from the U.S. 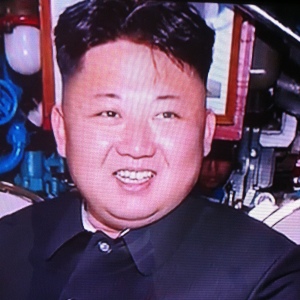 Besides using North Korea as a check on U.S. influence in east Asia, China is also worried that an economic crisis in North Korea could lead to a flood of refugees into its territories, should war break out as a result of a crumbling economy in North Korea.

While China is willing to support global efforts at the United Nations to curb North Korea’s nuclear aspirations, it is unwilling to act unilaterally against its coördinated effort with Russia to obstruct attempts by the U.S. to pressure North Korea on its military ambitions. The goal is to undermine the U.S. since China knows North Korea’s nukes won’t explode in Beijing or Shanghai but in New York or Los Angeles.

Now that China and Russia are against Trump’s take on North Korea, it seems the only door to peace is diplomacy. Decades of aggressive sanctions have failed to hinder the regime’s nuclear program but instead, it has adapted to the sanctions, while China and Russia continue to trade with North Korea.

Rolling back North Korea’s nukes seems impossible at this stage. The regime will not give back what it has acquired and a military option by the U.S. will lead to a devastating loss of lives in South Korea, Japan and North Korea.

President Trump must desist from blaming his predecessors but look for a way forward through diplomacy. Imposing more sanctions on North Korea as proposed will lead to no resolution. Such move will make the regime desperate to engage in illegal sales of arms as a way to survive or embolden it to speed up its nuclear program.

Trump is now responsible for peace in the Korean Peninsula. There are few options and his only reasonable path to peace seems to be diplomacy.

Like Loading...
‹ TRUMP IS LOSING SUPPORT WITHIN THE GOP
AFTER STONEMAN DOUGLAS SHOOTINGS, SOLUTIONS TO AMERICA’S GUN PROBLEMS ›