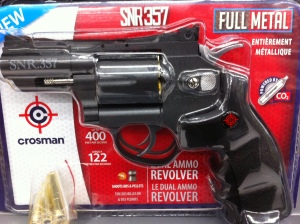 Teachers at Majory Stoneman Douglas High School are back in school after a gunman killed 17 including 14 students and 3 officials. Yet, the problem of gun violence in America persists as lawmakers and the President, begin a debate on finding solutions to what has become a political issue, making it harder to end this circle of violence that hurts America’ children.

The killings at Stoneman Douglas, is reminiscent of the past and has become the norm in the US. Not long ago, the nation witnessed the incidents in Colorado when James Holmes opened fire killing 12 and wounding many. We saw the horror at Columbine and Virginia Tech, just as in Tucson Arizona where the psycho Jared Lee Loughner, shot Congress Woman Gabrielle Giffords. The youngest victim of the shooting in Colorado was just 6, when her life was taken untimely.

Likewise in 2012, Adam Lanza killed 26 at Sandy Hook Elementary in Newtown Connecticut. After the incident, the National Rifle Association (NRA) in a report delivered by its Executive Vice President Wayne Lapierre, came up with what could only be described as an isolated solution to gun violence. Those who expected the NRA to come up with solutions at the national level or one that at least, support what majority of Americans say should be the remedy, realized the NRA does not share such view, despite the killing of 20 innocent children and 6 adults.

While the entire nation continue to plead for a ban on assault rifles, the NRA as usual, became defensive and did not shy away from its rhetoric of more guns in schools as the solution to ending gun violence in America. Rather than support a ban on automatic machine guns responsible for majority of the killings, the NRA and its conservative lobbyists in Congress blocked reasonable gun control bill put forward by then President Obama.

Not long after he got elected, President Trump also did the unthinkable by rolling back the Obama era order of extensive background check on would be gun owners, making it easier for people like the shooter at Stoneman Douglas to have access to guns.

With the recent killings in Florida now over, President Trump and the US Congress must find a bipartisan approach to reasonable gun control, to end the senseless scourge. And while ending the nation’s gun violence is a difficult task, the following measures could be steps in the right direction if allowed through implementation:

There should be a nationwide advocacy against gun violence in our communities. Up till now, little attention is given to the problem and when there is a shooting, the nation unites to mourn and talk about the victims but few months after, people forget until the next shooting.

There is need for a law requiring those purchasing guns, to do so only in the jurisdiction they live. Many have purchased their cache of weapons through interstate travels and visits to out-of-state gun markets, where they buy multiple guns with no questions asked. The lack of proper registry and tracking have made it possible for would be criminals to get guns that are later used in crimes. And while some may argue that such move would affect the flow of commerce, a counter argument would be that the government’s interest in protecting its citizens outweighs the interest in commerce.

Also unclear is how it is legally acceptable for an 18-year-old to purchase any gun of choice including an AR-15 but illegal for the same teenager to buy tobacco or alcohol in Florida like many other states. There must be a change in the age limit for gun purchase to ensure those old enough, properly trained and mentally fit have access to guns.

A national gun-drive and illegal gun submission regime will go a long way to cut cases of unreasonable killings. There is need for a call at both local and national level for those with illegal and multiple weapons to give up their collections voluntarily, without punitive damages or fines. By doing so, the government will remove illegal guns from the streets thereby, saving lives and lowering the staggering crime rate.

The NRA has become too powerful with its 5 million members and millions of dollars to spend on lobbying Congress. The organization is able to block regulations that could lead to gun control. It is time for a pro-gun control organization powerful to stand up to the NRA. Polls show about 95% of Americans support background check on potential gun owners, a coalition of such a big support would be strong enough to erode NRA influence. 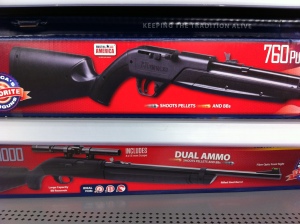 A renewal registration of all gun dealers in the states is necessary. It is easy to purchase a gun in the streets of America. For $20 or less a gun can be bought anywhere, while Illegal dealings continue to flourish. Sometimes, registered gun dealers collaborate with criminals to sell them military style assault rifle they shouldn’t have, helping to boost the staggering crime rate. All gun dealers must be required to re-register their establishments with new rules on dealership and trade in guns.

The government should provide funding for mental health care and management. Based on reports, Nicholas Cruz the shooter at Stoneman Douglas had mental health issues prior to the attacks. James Holmes the Aurora killer and Adam Lanza the shooter at Sandy Hook, both had mental illness before embarking on their killing sprees. The lack of proper diagnosis may have played a role in what led them to kill.

President Trump and the NRA have proposed arming teachers as a solution to gun violence. The fact is such an idea will not solve the problem. In fact, it would turn American schools into a war zone. Arming teachers would lead to the militarization of schools. Also, a teacher trained to carry but with undiscovered mental health problems, may one day decide to open fire on her students or a colleague due to anger.

Having a trained armed officer at schools may help but that will not solve the problem if the nation’s gun laws remain the same. Based on reports, a deputy sheriff stationed at Stoneman Douglas was armed but did nothing when Nicholas Cruz began the shooting that led to 17 deaths. The point is that a school is a place for education and should never be turned to a military barrack. There must be a ban on bump stocks purchase by private citizens and no one should have access to it except for military use.

After the damage in Florida, the time has come for Congress to work with the President, through a bipartisan approach to gun control. The NRA is unlikely to turn away from its push for more guns. The apologists say “guns are part of American culture” and with its 5 million backers, the organization won’t stop lobbying Congress to block any gun law it views a threat. This is an opportunity for a change. Congress must act to prevent the NRA from sacrificing American children under pretext of the Second Amendment.

Like Loading...
‹ WHY CHINA WON’T HELP THE U.S. WITH NORTH KOREA
THE KILLING OF KHASHOGGI IS A CATALYST FOR DEFENSE OF TRUTH AND DEMOCRACY ›