Home › Politics › Why worry after the Mueller report

Why worry after the Mueller report

After release of the anticipated Mueller report, it remains unclear what Congress must do with a 22-months investigation that provides answer on the key question of collusion but left unanswered the accompanying charge of obstruction of justice. That did not stop the Attorney General Bill Barr, from spinning the report in the President’s favor, abandoning his role as the nation’ Attorney for that of a personal advocate and spokesperson for the President.

While Mueller did not establish collusion between the Trump campaign and the Russian government, he uncovered multiple links between Trump aides and Russian officials, desperate to turn the election results in his favor. Though collusion never came to fruition, the report showed the willingness to collude, which could lead to a crime of conspiracy since collusion is not a specific offense under US law.

“If we had confidence after a thorough investigation of the facts that the President clearly did not commit obstruction of justice, we would so state. Based on the facts and the applicable legal standards, however, we are unable to reach that judgment,” said the report. “The evidence we obtained about the President’s actions and intent presents difficult issues that prevent us from conclusively determining that no criminal conduct occurred.”

Mueller went further that the Trump campaign “expected it would benefit electorally from information stolen and released through Russian efforts.” The campaign also “showed interest in WikiLeaks’s releases of documents and welcomed their potential to damage candidate (Hillary) Clinton.”

Now that the redacted report is in public view, it is clear that the Trump campaign, through its officials, benefited from stolen documents to win the election. The campaign was in repeated contact with Russian officials for reasons that are not always clear and even though the report did not prove a criminal conduct on collusion, it is damaging and portrays a highly corrupt Trump campaign.

With that in mind, the consequences of the report remain to be seen, while those desperate to disrupt US democracy continue in their efforts via cyber warfare. They are taking advantage of a weak and compromised leader who despite US intelligence findings, refused to admit there was foreign intervention in our election.

As Congress begins its inquiries into the allegations of obstruction of justice, the followings are reasons why America must worry after the Mueller report as it attempts to protect its democracy:

There has never been any situation of a foreign power meddling in US elections until 2016. The idea that a foreign nation can decide who becomes an American President is not only scary but a slap on what America stands for as a model for democracy that others emulate.

According to opensecrets.org estimates, the total cost for 2016 Presidential race was $2,386,876.712. Imagine the financial toll and the possible chaos if the person not the choice of the electorates, becomes a future US President just because some intelligence officers in a foreign country changed the outcome with a click on a computer.

The United States is not a monarchy and therefore, no American President is above the law. “The conclusion that Congress may apply the obstruction laws to the President’s corrupt exercise of the power of office accords with our constitutional system of checks and balances and the principle that no person is above the law,” says the Mueller report.

Based on the report, President Trump tried to fire Bob Mueller to end the investigation but was unsuccessful because his staffs refused to carry out his orders. In June 2017, Trump instructed the White House Counsel Don McGahn II, to remove Mueller. Mr. McGahn resisted and decided he would rather resign than fire Mr. Mueller. Not long after, Cory Lewondowski was asked to tell former Attorney General Jeff Sessions to end the investigation. He too refused, but passed the information to another colleague Rick Dearborn who also failed to follow through. And remember James Comey, Trump said on live TV that he fired him because of “the Russian thing,” but later claimed he did so based on recommendation by the Deputy Attorney General Rod Rosenstein.

Many events in the Mueller report established a pattern of abuse of power and unsuccessful attempts by President Trump to thwart the investigation and change the outcome in his favor. The high level of abuse and irrational behavior should make every American weary of the kind of leadership he intends to impose on the country.

The office of the Attorney General and head of the Justice Department is highly regarded and designed to be independent. Since the appointment of Bill Barr, the Attorney General has left his duty as a representative of the people for that of advocate and spokesperson for the President.

On assuming office, Bill Barr made his intention known as a defender of the President and his policies on healthcare and immigration. Before he got the job, Barr wrote a 19-page memo that many believed was a job application and a disqualifying factor, but he got through a confirmation hearing because a Republican controlled Senate looked the other way.

Barr’ 4-page summary of the Mueller report in which he claimed the President has engaged in “no collusion” or obstruction of justice, violated his oath, as a guardian of the Justice Department. The fact that he misled the American people on the report is a concern and a factor for consideration at confirmation hearing for a future Attorney General.

The Republican Senate has failed in every way to hold the President accountable. Before losing the House, the GOP controlled Congress was willfully blind to misdeeds by the Trump administration. After Democrats’ takeover of the House, the GOP majority in the Senate stood by Trump as he continued to attack the Mueller investigation. In fact, it is striking how Trump has been in securing party loyalty despite how much he has done to divide the country.

For two years of the Trump administration, the GOP congress failed to conduct oversights, while every wrong policy by the administration gets a pass. Ongoing investigation of the Trump White House by Democratic led House committees would be impossible had Democrats failed to takeover the House in the 2018-midterm elections.

The partisan politics of Washington and the failure of Republicans to act as a check on the Trump presidency is not only disturbing but also a concern that should make people worry about the direction the GOP is leading the country.

Historically, the office of the US President is held with high regard, while the constitution demands that the person who holds that office be one of good moral character. If anything striking from the Mueller report, it shows a detailed account of Trump’s lies and misconduct.

The goals of the Trump-Russia scandal were well established before Mueller concluded his investigation, because so much of the facts were in the news though, Trump repeatedly denied that Russia meddled in the election. The President lied about his pursuit of a secret Moscow project, while he was campaigning for President and lied about his knowledge of the June 2016 Trump Tower meeting, where his officials came to participate in what was a plot by Russia to get him elected. 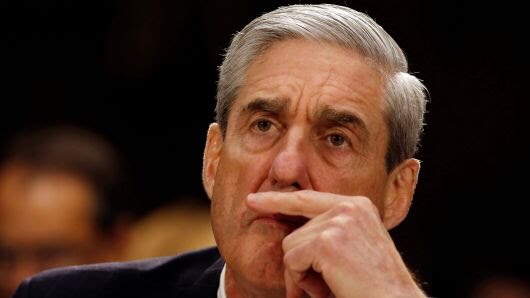 The President claimed he knew nothing about payment to Stormy Daniels by his Attorney Michael Cohen and then, changed the story when evidence surfaced in a recording showing he ordered the payments. Trump denied any business involvement in Russia even though his organization has pursued a building project there as late as June 2016 when he was still running to be President.

There were lies upon lies by Trump but despite the denials by the President and his supporters, the Mueller report was able to establish that the President is a liar. The report revealed that Trump and his campaign made it easier for Russia to attack US democracy by claiming there was no attack when all US intelligence investigations point to the contrary.

While Mueller could not prove collusion due to the complexity of proving intent and a direct link between Trump and Russian actors, he has shown that Trump engaged in lies and deceptions as proof of obstruction of justice. Mueller was able to show people that Russia attacked US elections and that allegation of attack was not a ruse as claimed by the US President.

Most importantly, Mueller did not exonerate Trump but painted a President determined to bend the rule of law. Now that we know what Mueller found, the fact that the one sitting in the oval office is a President, willing to throw sand in the gears of the law enforcement machine that was investigating him, should be troubling to all Americans.

Congress must get the unredacted Mueller report and conduct its oversights according to constitutional demands.

Like Loading...
‹ Spiro Agnew’ Watergate is the Image of current administration
Not the Attorney General but a threat to the judicial system ›