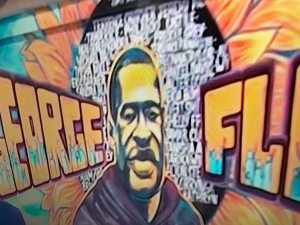 The killing of George Floyd in Minneapolis, is reminiscent of a trend that proves race relations in America is at the lowest ever. His death, while not the first won’t be the last, it is one among cases that show the intolerance and divide in today’s America.

The world watched as Derek Chauvin, a White Police officer, knelt on Floyd’s neck for 8 minutes and 43 seconds, while Floyd begged for his life and called “Mama.” During his final three minutes, the 46-year-old was motionless as three officers with Chauvin: Thomas Lane, Tou That and J. Alexander Kueng made no attempt to revive him. It was a gruesome scene to remain in the minds of all especially, those with empathy.

In the past there was overwhelming disagreement over racial discrimination in America. One side refuse to accept a divide exists but in recent years, a small population of White Americans are becoming conscious of the negative impacts and the toll constant killing of people of color is taking on their relationships with the Black population.

The ongoing protests is no attempt to glorify crime. Afterall, some say Floyd was accused of using a counterfeit $20 bill but, to ignore he was murdered by a cop motivated by race among other factors, is a way to disguise the truth. Floyd never had the chance to defend the allegation in a court of law, making his murder a violation of his rights as innocent until proven guilty. Moreover, the accusation is never in the category of crimes punishable by death.

Decades after the abolition of slavery, racial intolerance persists in the United States. The election of Barack Obama did not solve the problem, with past protests failing to bridge the divide. The constitution guarantees Equal Protection and though, there are laws and regulations against color intolerance, race maintains adverse effects in the daily life of Blacks, their economic aspirations and the pursuit of happiness.

The ongoing anger is an attempt to mitigate the sufferings endured for so long. The nationwide demonstrations are not only about Mr. Floyd, who “allegedly” used a fake $20 bill but about Mr. Floyd and others who were victims of police brutality, excessive force and racial bias.

Ahmaud Arbery was shot to death by a White father and son, while jogging in a Georgia neighborhood. The shooter Mr. McMichael used racial slur as Arbery lay dead on the ground. The case caused widespread outrage after footage was leaked online but did not end the unjust killings. Breanna Taylor a 26-year-old EMT worker in Louisville, was shot eight times by the police, while sleeping inside her home. The officers were executing a drug warrant for a suspect who was already in police custody at the time of the search.

In 2014, Eric Garner died in Staten Island New York, after Daniel Pantaleo a NYPD officer, put him on a choke hold for selling cigarettes in a street corner. Freddie Gray is another case, the Baltimore native died, while in Police custody on April 12, 2015, the medical examiner ruled his death a homicide because officers failed to follow safety procedures, while he was being transported. The State’s Attorney for Baltimore, Marilyn Mosby, brought charges against six police officers. The trial against one of the officers ended in a mistrial, while the others were acquitted with the remaining charges dropped.

With the death of Floyd there is an awakening, there is a movement that cannot be segregated by race. The condition of Black lives has become that of mourning as there seems to be no amount of empathy to mitigate the agony of being black in America. Blacks are tormented by the police, White supremacists, their fellow citizens, employers and financial institutions who wouldn’t lend to people of color. It makes you wonder the kind of America we live in and what Blacks did wrong to warrant systemic racism.

Our laws and values are straining against the devaluation of Blacks. Anti-Blacks racism has become part of American culture, while killing Blacks now happen in churches and homes in violation of the castle doctrine. The system is so engraved in anti-blacks’ racism and though, a state of national mourning is needed, change can only come when we as a society become color blind and erase the preconceived notion polluting our minds.

Defunding the police without filling the gap will lead to no good. Doing so may create a state of lawlessness and render the police force ill-equipped. As long as there are criminals in our streets, you need a system that maintains order, while engaging in respectful apprehension of law breakers. If defunding the police means shifting resources to mental health treatments, providing housing, community service and violence management without dismantling the entire police force, then, it is worth consideration. 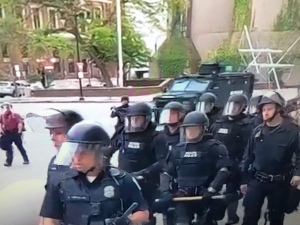 What America needs is a reformed police force, well trained law enforcement officers with a sense of community service devoid of bias and power drunk attitude. Majority of White cops are afraid of an average Black man, perhaps, why they’re quick to pull the trigger whenever threatened rather than use reasonable force to arrest the situation. There is need for a different squad of police to deal with nonviolent crimes. If your neighbor is playing loud music or disturbing your quiet time, it is a nuisance case that could be better handled by a trained professional for such domestic issues. You don’t need officers with guns to respond to social issues of that kind. If a person attempts to use counterfeit money and he’s not a violent offender, a citation on the spot by an officer trained for such cases will do rather than engage in unreasonable or violent arrest.

There is need for sweeping legislations to ban all forms of choke holds and inhumane treatment of the accused. Such legislation must also allow for prosecution and punishment of bad cops who violate guidelines, including dismissal without possibility of ever rejoining law enforcement. Often times evil cops get away with impunity by claiming self-entitlement to extensive public authority. It is high time undeserving cops have such privileges and immunity stripped away.

American parents especially, people of color must educate their children on how to deal with the police. It is impossible to talk about race without perception and prejudice. History of past encounters reveals that Black arrestees often show aggression towards the police, ignoring the fact that the officer has Public authority. There are good and bad cops, and despite fact that a bad cop can make one overreact, there is no justification for fighting or arguing with an officer. The wise thing is to obey the cop when stopped and if your rights are violated, file a complaint and seek recourse in a court of law after the fact.

While public authority if reasonably used can exculpate a defendant officer, unreasonable use of it will completely remove the privilege, such that a police officer that abused its protection might be reasonably charged, convicted and have his immunity withdrawn.

White parents must begin the process of schooling their children on race issues. No child is born a racist, it is taught. Intolerance and disgust for people of color begins at the dinner table. If all you do is demonize Black and Brown people in front of your children, they will grow up adopting racist ideologies and hate for those who don’t look like them. At a stage in life, a child may be conscious of her color but, allowing any conversation that relegates others based on race, ethnicity and sexual orientation breaks all moral codes.

The brutal killing of Mr. Floyd must be a rallying point for change and if not, this society has lost its sense of empathy and place as a guardian of rights. Policing in America needs a complete overhaul and while private citizens must do their part by exhibiting a color-blind approach in their relationships with others, lawmakers must also use the power conferred on them by the electorates to reform the police force.

So far, only one party stands out as the lone wolf against hate, racism, and abuse of police power. Despite widespread cases of police brutality and hateful attacks since the election of 2016, the GOP remains adamant to reform the nation’s police force, as Democrats tried relentlessly to put forward a bill for change. As we approach the elections in November, the electorates should see current protests and circumstances surrounding Floyd’s death as opportunity for change and a reason to be wise at the polls.