Home › Current Affair › What Is In a Beard?

What Is In a Beard? 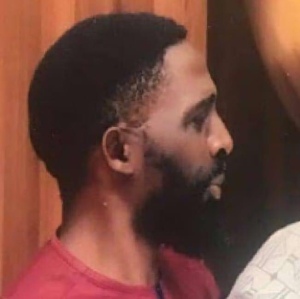 I grew up watching in deep fascination as my father performed the early Saturday fetish of beard and moustache trimming. The clicking sound of his scissors, comb intermittently gauging the measurement of both beard and moustache, ” click, click, click”, the scissors went to work, eyes set on his small hand mirror,  hallowed silence must be maintained, lest he missed his target, and the culprit becomes the target.

With that in mind, I promised myself to have, nurture and keep a beard and moustache! Worry turned into panic, and unnecessary youthful anxiety. Then, in Moscow, 1991, the first strands appeared, countable in the first instance, and then subsequently uncountable.

Now, “mission accomplished,” I asked myself, “What is in a Beard?” I have been a victim of beard stereotyping, once a student in my department asked from the Secretary, “I am looking for that Alfa lecturer!” meaning (Imam or Muslim lecturer). I avoid the Faculty of Arts car park on Friday afternoons, because of the religious stereotyped question of, “are you not coming for Jumat?” (Muslim Friday prayer). My readymade answer? “I want to take a sachet of water from my car, I will catch up with you soon.”

Water? Your good guess is valid. It was in Church, when I tried shaking hands with the Pastor amidst the congregation, he paused, stepped back, probably silently saying, “Our Father, who hath in Heaven….” The most hilarious one that almost got me in trouble was at a NAL conference plenary session when Prof Munzali Jibril, looked backwards, beckoned to me and said, “my friend, where is the East?”

I never did geography, but used my native intelligence and promptly pointed in a direction that was not the East! I saw Munzali Jibril get up to observe his prayers! I had goofed, and I made this known to him, “I am not a Muslim Sir!” He smiled, no friendship lost. Yet again, my friend and I go to Muslim settings, I am offered a chair, he is ignored, but interestingly enough, he is the Muslim, but bereft of even a strand of beard hair!

All said, what’s in a beard? I-stand-with-my-beard. Then I stop to ask for directions and this man approaches my car, “Salam alaikum, Salam alaikum,” and goes on in some Arabic lingo, I fail to respond in the manner that he expects and he hissed away, but not before shouting aloud, “he is not even a Muslim, and see how his beard is so ebony black!”

The most embarrassing perhaps was when during a Church service, deep in prayer, I open my eyes to find this little boy staring at me, he stood transfixed, suddenly he grabs my beard, pulls and walked away as if it was the sign his prayers had been answered!

Prof. Idowu Farai has this imaginary box of matches, and threatens to burn my beard if I “disturb” him. Lanre, my friend and Club president has re- christened me, “baba mujemu.” Lanre has sold the name to Mogaji. But, did not the great prophets in the Bible have beards? After every haircut, I beg the barber not to “touch” my beard, lest he incurs my wrath.

Finally, a young man told me he would love to keep a beard like mine, I politely told him that mine was a cultivation and maintenance of over 27 years! I wish him luck in this business of ” beard keeping.”

Kayode O. Omotade Ph.D. is a Lecturer in the Department of European Studies University of Ibadan, formerly University College London. His academic work on Russian Studies can be located in (IJORS) The International Journal of Russian Studies.