Speak Louder! Nigerian Youths are Calling the World Must Listen 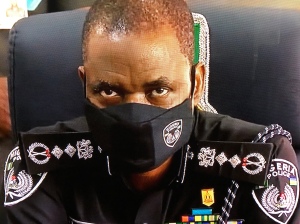 The Nigeria story the world is willfully blind to, may unfold as Africa’s biggest catastrophe if the leadership, fails to bring normalcy to the uprising by Nigerian youths. After 60 years of independence, majority of Nigerians only know strive, poverty and oppression by corrupt politicians, who in every way, breached their constitutional oath to the citizens. One must wonder why a nation endowed with so much in mineral resources, oil and capital, failed to alleviate the pains and provide basic necessities of life for the population.

While current protests grew out of police brutality and abuse, it is merely a catalyst for the demonstrations. The fact is, Nigerians are tired of corruption, extortion and nepotism that are the ways of life, while innocent citizens bear the pains of inequality. Roads in major cities of the country are blocked, as protests grew in more than 100 cities across Nigeria. About 10 people have been killed according to Amnesty and many injured, while police in some states fired live ammunitions, tear gas and use water cannons to suppress the protests.

At this stage of the uprising, the world must pay attention by holding the Nigerian leadership accountable if it fails to make drastic change. There is no doubt that if any transformation, it must begin from within Nigeria. But, if anything history has taught, it is that when protests are ignored, they metamorphose into chaos and possibly a full-fledged civil war.

Syria and Libya are perfect examples, the crisis began as a protest against injustice in Tunisia and later expanded to both countries and other regions of the Middle East. The result, Syria and Libya became a hub for ISIS, AL-Qaeda and other terrorist groups that helped fan the flame of the civil wars in both places. Today, Syria remains a war zone and in destruction, while Libya is marked by instability and lawlessness.

With allegations of foreign fighters in Nigeria and the Fulanis, joining forces with armed groups to take up lands in parts of the country, there is need to worry that current protests calling for an end to police brutality and the Special Anti-Robbery Squad (SARS), may be seized by armed groups to destabilize Nigeria and turn it into a war zone. As the most populous nation in Africa, a chaotic Nigeria is a bad omen not only for the continent but also Europe and the Americas. The refugee crisis and IDP cases may become the worst ever, while a war- torn Nigeria could be a disaster due to the ethnic divide.

While outside pressure by interested nations is paramount to deal with the current socio-economic structure and oppression by the leadership, any reform coming from within Nigeria must take note of the followings for the nation to experience any transformation leading to change:

The Nigerian Constitution needs a complete overhaul. At its current state, it’s worth less than the paper it’s written on. The constitutional dictates are ignored by the leadership, making Nigeria almost like a lawless nation. There is jungle justice everywhere, while those who commit minor crimes are found guilty before charged or the opportunity to see the inside of a court. In fact, it is no overstatement to conclude the nation’s leaders are above the law.

Corruption is embedded in the Nigerian system, its adverse impacts are written everywhere, while the politicians have looted the nation’s treasury. Public officials steal from the state, making it impossible to render service to a citizen without the recipient paying a bribe. A nation with endemic corruption at its foundation is a system destined for trouble and a failed state status. Nigerian youths are angry because they see a system with no future in sight for them, their education means nothing, while those in power grab state properties including available jobs for the benefits of their own children.

To curb future unrest, there must be immediate restructuring of the labor force and a solution to the high level of unemployment. Nigerian youths are jobless, after four years or more of college education there is no job or means of sustenance. The system has failed them completely, forcing those with opportunity to look for ways out of the country which in turn, causes a high level of migration and brain drain. Those unlucky to make the voyage out, remain in destitute conditions as the University degrees they struggle to acquire waste away.

To solve the problem of youth unemployment, the Nigerian government must begin a process of retiring its old labor force to leave space for the new generation of workers. Civil Servants who are age 60 or more and anyone with 25-30 years of service, should be asked to leave with severance package provided by the state employer and supplemented by the Federal government. Loans should be made available to those burdened by early retirement for job creation and self employment opportunities, while the vacant positions are filled by unemployed youths who are capable and available to work. The private sector must be encouraged to implement same restructuring with support from the government.

To end Police brutality, the entire force must be reformed with SARS totally disbanded. Accusations of SARS officers robbing, attacking and killing people go back years since its inception. Nigerians are constantly harassed by the squad as some of the officers have been accused of extorting money from citizens, while also converting their belongings. The entire law enforcement including the nation’s military is power-drunk, making it impossible to see their benefit to the people other than the pains they inflict.

An officer not properly paid but given a gun to protect the people will end up robbing same people. Nigerian officers take bribe because they are not properly paid and lack adequate training. Average salary of an officer in the U.S. is $45K-65K per year, while their Nigerian counterpart make about a quarter of same per annum. It is time to retrain Nigerian law enforcement and pay them better, to end the brutality.

On the leadership front, the old republic politicians must be faced out and removed from power. Nigeria needs a new breed of patriotic citizens with a level of competence the nation  deserves to move it forward. Current leadership comprise of old politicians who turned what should be public service to a family affair. Lawmakers make millions of Naira in salaries doing nothing, while citizens remain in abject poverty. For generations, the same people continue to transfer power to their favorites who lack adequate knowledge to govern.

With the protests now entering a new phase, rights group Amnesty International is raising concern and warning about escalating violence against the protest movement. Prisoners are being released to join the uprising, while some state government have declared an indefinite curfew to curb vandalism and attacks by hoodlums.

The ongoing protests by Nigerian youths are clearly a strong message to the government and the entire political class. This seems like an awakening. Nigerian youths are calling for change, a revolution may be brewing. The hope is that the world and Nigerian leadership heed their voices to avert a full-blown war.

Like Loading...
‹ What Is In a Beard?
The People have spoken, Trump’s Concession has no Legal relevance ›